Money would go to ‘reproduction fund’ that families with more than one child could benefit from under proposal criticised as violation of human rights.

A proposal to tax all working adults aged under 40 – with the money going to a “reproduction fund” to reward families who have more than one child – has caused uproar in China.

The idea was the most controversial among a series of measures floated by two academics from prestigious Nanjing University in an article published by Communist Party mouthpiece Xinhua Daily on Tuesday.

It comes amid a nationwide campaign to encourage people to have more children – a drastic turnaround after a one-child policy that lasted nearly four decades and only ended three years ago – as Beijing worries about a rapidly ageing society, shrinking workforce and falling birth rate creating a demographic time bomb.

But the proposal was roundly criticised, with some saying it was reminiscent of the way the Chinese government controlled its population for so many years. Under the policy introduced in 1979, people were fined for having more than one child and women were forced to have abortions or sterilisation procedures. Critics said both the old policy and the latest proposal violated basic human rights. 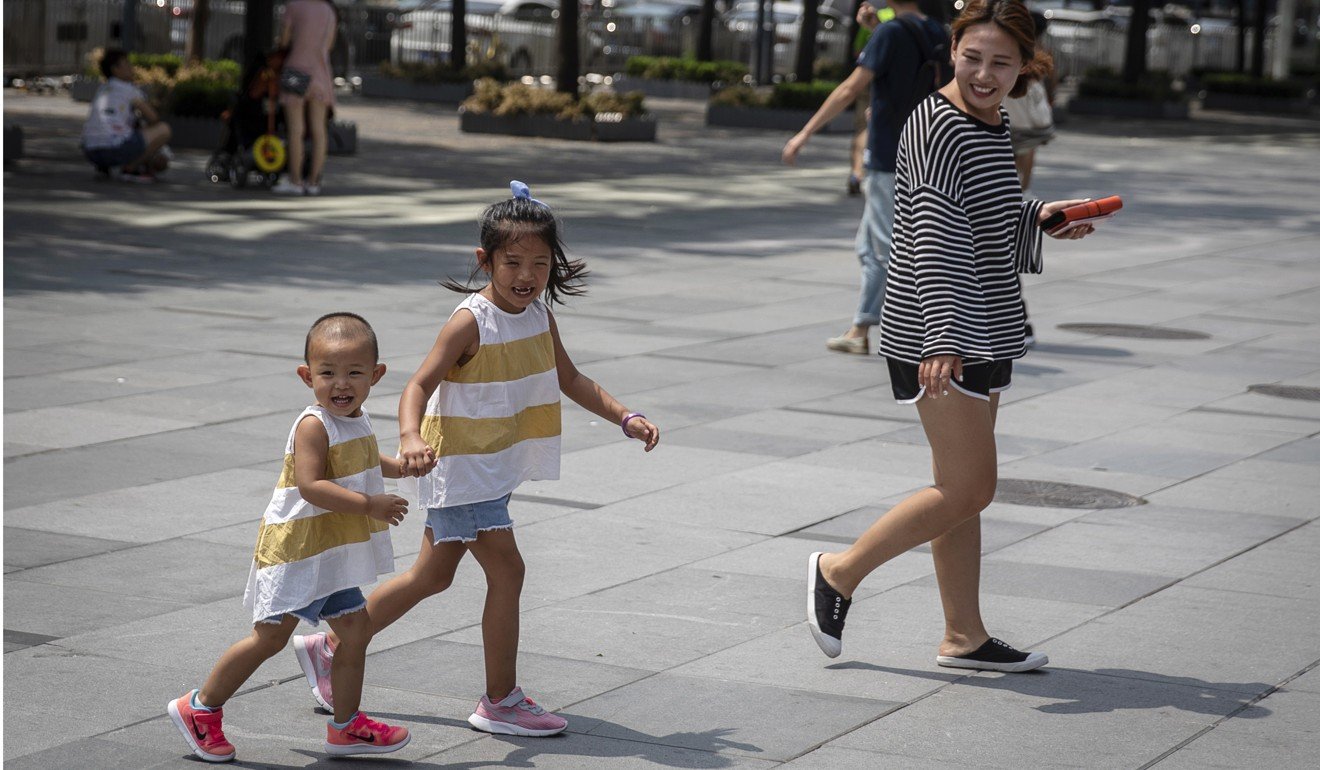 Couples can now have two children but the birth rate is falling despite the new policy. The academics, Liu Zhibiao and Zhang Ye, predicted the rate would drop significantly in the coming years, citing official data.

In the first six months, the number of births in mainland China fell by 15 to 20 per cent in many provinces from a year ago, according to local government data. Last year, some 17.58 million babies were born – down by 630,000 from 2016, according to the National Bureau of Statistics.

To tackle the problem, the academics proposed ways to encourage people to have more children, including taxing women and men under 40 for a “reproduction fund” that families with more than one child could claim subsidies from. Those who were not eligible would receive their contributions back when they reached retirement age.

They said a certain proportion of people’s wages would be taxed and the government could top up the fund as necessary, without giving further details.

Huang Rongqing, former head of the population and economics institute at Capital University of Economics and Business in Beijing, described the suggestion as “ridiculous”.

“The choice of whether or not you have a baby is a family’s decision to make. We can encourage people to have babies with incentives but not by forcing taxes on everyone. This would be a violation of human rights, just like it was when we used to limit the population,” Huang said.

“They have the freedom to make suggestions, but I was really surprised that such well-educated professors could come up with such a wacky proposal,” he said.

When contacted by the South China Morning Post, Liu, one of the authors, declined to comment, saying the provincial government had told him not to speak to the media. “I’ll explain when the situation calms down,” he said. The idea has also drawn criticism from the public, and even from state media. State broadcaster CCTV called the proposal “absurd” in an editorial on its website on Friday. And state tabloid The Beijing News asked, “What has other people having more babies got to do with me?”

In Shanghai, Dora Li, who has a five-year-old daughter and does not plan to have another child, said she was disgusted by the idea.

“Many mothers were forced to go overseas to have a second baby because of the one-child policy. If this proposal goes ahead, then I guess many more would have to leave in order not to have another kid,” she said. “Education and medical resources haven’t improved, so it costs too much to raise another child. They only consider the social costs and the country’s birth rate – it’s never about the happiness of individual families.”

A number of provinces have introduced measures to encourage childbirth since last year, including Liaoning in the northeast, which has said it will extend maternity leave and provide support for families with two children through preferential tax, education, social insurance and housing policies.

Since China allowed couples to have a second child from 2016, there have also been growing calls to remove the restriction completely as the population ages at a rapid pace.

The country has officially been an ageing society since 1990, when the proportion of people aged over 60 reached 10 per cent. By the end of last year, that rate had risen to 17.3 per cent, according to government data.

“This is such a quick change that has never happened in the rest of the world,” Zheng Gongcheng, a social security expert and member of the National People’s Congress Standing Committee told media in March.